The Original Star Wars Return To Theaters This Summer 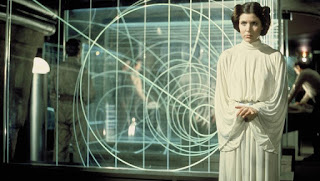 "Return of the Trilogy" events will screen the movies as a triple-bill across the U.S. this August.

The original Star Wars trilogy is returning to movie theaters this summer, with the announcement of the "Return of the Trilogy" road-show program, launching in August.

The movies will be shown as a triple feature in more than 20 cities across the U.S. as part of a program organized by Alamo Drafthouse, which also features additional onscreen content and what is being teased as "contests, props to bring the power of the Force to life, and other special surprises."

In a statement accompanying the announcement, Henri Mazza, Alamo Drafthouse vp, special events, said that it's "always been a dream to show the original Star Wars trilogy again — somehow, someway. Seeing the original trilogy on the big screen for the first time is a real life-altering event and just a supreme amount of fun. When the films became available to book for screenings like these, we jumped at the chance to do something big."

(For the curious, the editions being screened are not the original theater releases, but the 1997 "Special Edition" versions.)

Locations already booked for the road show include San Francisco, Washington, D.C., Los Angeles, New York, Miami, Dallas, Austin, Boston and Philadelphia, with additional cities to be added. Tickets for the events will, fittingly, be available online May 4 — or, as fans know it, Star Wars Day.