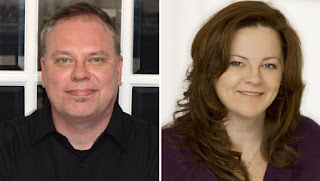 Herholz and Curran previously managed Starz's Anchor Bay operations in Canada before both entities were recently restructured. The duo will run United Front as founding partners, while teaming up with Lightbox Pictures executive producers Wilson DaSilva and Jessica Martins to develop, create and acquire film content for distribution across all Canadian platforms.

"We'll be getting into the world of development, at the script and casting stages and setting budgets, something we can now do as a Canadian-controlled company," United Front CEO Herholz told The Hollywood Reporter. For its part, Anchor Bay Canada has consolidated certain business roles in their Los Angeles-based offices, while remaining a full-service provider to the Canadian market.

United Front will focus on development, marketing and distribution as a new local film player. "There is a definite space for a new, well-funded and united Canadian entertainment and distribution company," Herholz said.

Herholz and Curran will continue tapping their retail and distribution partnerships with local Canadian players like Walmart, Best Buy, HMV, Amazon, Entertainment One, iTunes and Netflix. Herholz had been with Anchor Bay since 2003, most recently as managing director for six years.

Curran arrived at Anchor Bay in 2004, and served as executive director of marketing and acquisitions.
Posted by Sv Bell at 3:52:00 PM