Disney's Got Chronicles of Prydain Movie in the Works! The Black Cauldron 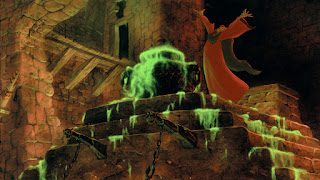 This is FANTASTIC news!

According to Variety, "Disney has acquired movie rights to the fantasy series “The Chronicles of Prydain” and is in early development on the project.

The five novels by Lloyd Alexander, based on Welsh mythology, were published annually from 1964 to 1968 and followed the protagonist Taran from youth to maturity. He’s an assistant pig-keeper but initially dreams of being a grand hero.

The books are set in the magical land of Prydain, which resembles ancient Wales and is engaged in a series of battles with Annuvin, the Land of Death. 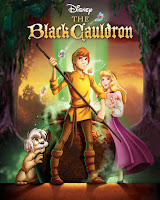 Other key characters are the young princess Eilonwy, the bard Fflewddur Fflam and a wild creature named Gurgi.

The books are “The Book of Three,” “The Black Cauldron,” “The Castle Llyr,” “Taran Wanderer” and “The High King.” The final book won the John Newbery Medal, given by the Association for Library Service to Children.

Sam Dickerman is the Disney executive on the project, which has not yet been set with a producer, director or writer.

The first two books in the series served as the basis for Disney’s 1985 animated fantasy movie “The Black Cauldron,” in which a Horned King sought to secure an ancient magical cauldron that would aid him in his desire to conquer the world.

The film, directed by Ted Berman and Richard Rich, was the first Disney animated film to include computer-generated imagery. The movie, which carried a $44 million budget, failed to generate significant interest, with a $21 million domestic gross, and was not distributed as a home video release for more than a decade."