The Six Billion Dollar Man gets a release date! 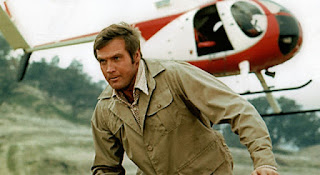 The Weinstein Company and Dimension Films announced that the action film The Six Billion Dollar Man, starring Mark Wahlberg, is set to be released on December 22, 2017.

Screenwriter and filmmaker Damián Szifron (Wild Tales) wrote the screenplay and has been confirmed to direct as well. Principal photography will begins in September next year.

Steve Austin is back!
The Six Billion Dollar Man is based on the classic TV  series “The Six Million Dollar Man” and the novel “Cyborg” by Martin Caidin. The story follows astronaut and military officer Steve Austin, who becomes part of a top secret government program after a plane accident leaves him near death. With the help of cutting edge robotics technology, Steve is brought back to life with superhuman abilities, making him the world’s first truly bionic man.