I totally agree with this.
I pretty much left Facebook nearly a year ago (though content is still being posted to my timeline), and I definitely feel much better and productive. 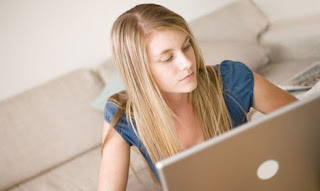 The Copenhagen-based Happiness Research Institute has a simple formula for increasing your happiness, social activity and concentration, but it might not be something you’re willing to do...

Checking Facebook gives us instant gratification in the form of new likes and friend requests and provides a virtual one-stop shop for keeping up with the people we care about and the news we’re interested in. But does it also make us unhappy?

A new study from the Happiness Research Institute suggests that it might.

The institute conducted an experiment on 1,095 people in Denmark, asking half of them to refrain from using Facebook for one week. The participants were asked to evaluate their life satisfaction on a scale of one to ten both before and after the one-week experiment and the researchers found “a significantly higher level of life satisfaction” amongst those who did not visit the social media behemoth.

The control group, which continued to use Facebook as normal during the week, gave an average 7.67 ranking to their life satisfaction before the experiment. At by week's end, that had barely changed to 7.75. The other group, however, saw life satisfaction shoot up from 7.56 to 8.12 after their Facebook-free week.

Not only did they feel happier with their lives, they also reported an increase in real-world social activity and were significantly less angry and lonely than the Facebook users.