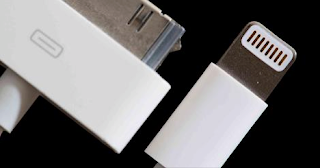 All governments on the planet should do the same, and end the mobile manufacturer's scam of forcing customers to buy additional cables and chargers and adapters for every device they're using.

France already passed laws that force tech manufacturers to offer a product that doesn't have planned obsolescence features, which sabotage a customer's device when a new model is available.

Apple’s Lightning cable cartel be damned: Switzerland is moving forward with a plan for a single, universal phone charger across the country, standardizing phone chargers across the board. While the exact standard hasn’t been mentioned yet, it wouldn’t be hard to guess the standard: Micro USB, used across phone platforms, most especially Android, which has a gigantic chunk of the cell phone market worldwide.

The likely loser? Apple, which has relied on proprietary chargers since introducing the iPhone in 2007. While many companies have tried releasing generic cables, Apple often relies on DRM software to ensure that it’s an Apple certified cable, charging $19 a piece for the Lightning charger used by the iPhone 5 and 6 and similar models.

“The standardisation efforts specified in the new legal basis concern, among other things, mobile telephones and other devices which will have to be compatible with a universal charger by mid-2017 at the latest,” the Swiss government said in a press release. “This measure will reduce the quantity of chargers and therefore the amount of electronic waste.”