Phil Tippett: "I Was On LSD When Working On Return Of The Jedi" 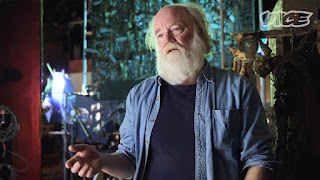 Star Wars animator Phil Tippett is the man behind the Star Wars Cantina masks, the AT-ATs and Jabba's palace - not to mention the dinosaurs of Jurassic Park

Let’s be honest: some the Return of the Jedi scenes set in Jabba’s palace are more than a little trippy – and so it's perhaps not too surprising that the man behind them now admits to experimenting with drugs during filming.

“I took LSD when I was working on return of the Jedi,” said the Star Wars animator Phil Tippett, in a new video profile with Vice. “And it was fine.”

“Then I decided to go back to work, and I walked into the blue screen stage, and it was like ‘ahhh…’” he adds. “I’d taken way too much.”

Watch the Vice interview below.