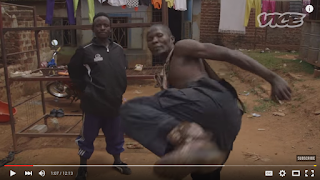 In the Ugandan slum of Wakaliga, a thriving action film industry called Wakaliwood has emerged. Mixing elements of Western action films and Chinese Kung Fu movies with Ugandan culture, Wakaliwood’s films have garnered a cult following not just in in Uganda, but all over the world.