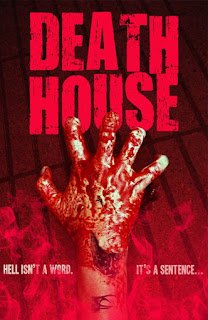 In pre-production right now, Death House aims to become the Expandables of horror, gathering together all the horror icons from our favorite movies. Can't go wrong with such a dream (or nightmare?) lineup...

The plot is around two federal agents fighting their way through nine levels of Hell inside a secret prison known as the Death House. A facility-wide prison break will turn their flight into a tour of horrors as they push toward the ultimate evil housed in the lowest depths of the earth.

Originally written by Gunnar Hansen (Leatherface) who passed away in November 2015, the screenplay has been completed by Harrison Smith (6 Degrees Of Hell). This film may very well become the ultimate cult classic for all horror afficionados!

The Death House on IMDB.
Film production's website.
Posted by Sv Bell at 10:55:00 AM